Gone with the Wind – Classic Tale 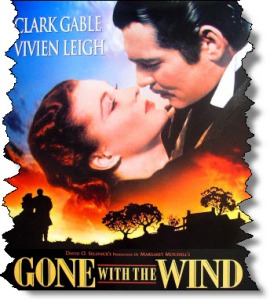 Its a prime example of the greatest Story Telling on a film. Gone with the wind is the amalgam of everything and every character tells us something. It includes jealousy, emotion, suffering, love, attachment and what else a film needs to have it.

The most impressive thing about this epic, though, is that it uses all the extra screen time to inform us about the personal lives of its characters. I felt it as a most ambitious film making from movies made in Hollywood. One may wonder it won 10 Academy Awards , but i say in those days no film has everything that excelled Gone With The Wind in all aspects.
I was shocked during my first viewing, at how unlikable the characters truly are. Instead of taking the easy route and making a movie with likable characters the director makes you care about two characters that are selfish, cocky, and conniving. The ending is absolutely one of the most rewarding endings in film history! The last words heard by Gable are some of the most famous in film history.

“Frankly, My Dear, I dont give a Damn”

Overall, if you have not seen it, then take 4 hours off of your weekend and give it a play. This is a film every movie fan should have on their resume.