Why Jagan will be the next CM of AP!!! 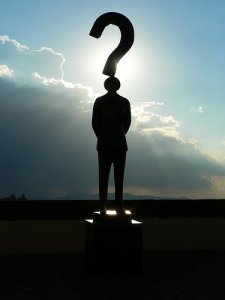 Whos next?? A million dollar question and some say that the answer is obvious that it will be Y.S Jagan Mohan Reddy. (S/O of Late.Y.S.RajaShekar Reddy). And no explanations needed for this thing to happen. There are several reasons why Jagan will be the next CM.

The above points need no explanations, they are what they are and if anyone asks why is it so? The answer is “That’s It”… No more discussions.

Well, BLOG- came to know recently why it is needed. People always ask why certain group of people always read blog and why they update blogs(even I was one among them). There were many answers but its natural that human tendency will not accept what he always was skeptical about and will have many questions, but he will be more than ever convinced if he himself finds an answer for that.Is it not? Well coming to me, I am Ram Chaitanya(easy access to my name say Ram C).I earn money by sitting in front of a computer(I simply mean that- but professionally).To give a classy name its called Software Engineer.I had worked for a MNC which was in news recently.But don’t know if what ever happens –just for ones goo’d(well, self satisfactory compilation) I have started working for another company due to some dramatical developments in the previous company.Well as of now leading a happy healthy life, but as a person I need to live a challanging life (not just sit in front computer ,earning money)but wanaa be passionate in something. Usee ke liye wait kar raha huu..(waiting for that moment) Coming to my hobbies …..sport which is common hobby for majority of we indians , (yes u r right , we eat ,sleep and play).Its more than a religion – Its Cricket. Love it , love the way it is being played. As many ppl ask who is fav cricketer ,majority of them say it’s the Indian Legend- The Master Blaster-Sachin 10dulkar.Well I am not different from them even I say the same name if some one asks me the same question. Next my passion is movies-yes it has changed the way I think, it has changed the way I see the world(well see guys not just talking about Indian Cienema,hope u got it). I see a lot of movies and want to make a one my self (so, do u think it’s a bad idea, my answer –NO). And the thing which also interests is Indian Politics.Yes – You can start seeing my posts regarding the Indian Polictics and how they are played. Its strange to some ppl that policts ? passion? Yes its should be and has to be, if not we who should think –am I rite?
View all posts by ramcsays →
This entry was posted in Politics and tagged Aam Aadmi, CM, Congress, HighCommand, Jagan, KVP, PadaYatra, YSR. Bookmark the permalink.