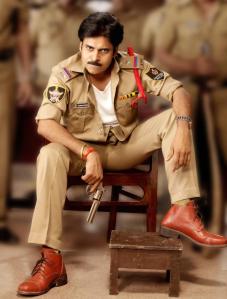 The movie is trend setting. I guess this one is to be considered as a block buster buster.The craziness was up to the peaks. His acting skills were oozing out… the dialogues were punched.

Making a mass movie doesn’t seen to have unnecessary dialogues unnecessary fights and all bull shit. This is how it works.

Coming to Remaking – Its just the story line from Dabangg , the art of screenplay in which the director excels made all the difference. The emotional quotient also is reduced as compared to Dabangg , the director has very well scripted work with him and was looking confident , this was understood when watching every scene in the movie.

The below portion from here  is totally for fans – this may contain few words which may seem too much but can’t stop writing them.

And the result of the movie??? many tweets from celebrities , celebs like RGV, Sidharth  and many directors…so we can understand.

These are all the words i heard from fans , people around me and on the social networking sites.(the last one was mine…)

When he was trying something different and wanted to give good messages to people and make some social responsible movies, other heroes made some commercial movies and when they were hit they were thinking that they occupied the first place. They made movies for their fans and their fans only liked it and movie was considered a block buster.

when this guy does the same for his fans , you can see the response. He could have done the same very much earlier, so at least now please stop thinking who is number one as the place is al ready decided.

This entry was posted in My Reel Experience. Bookmark the permalink.